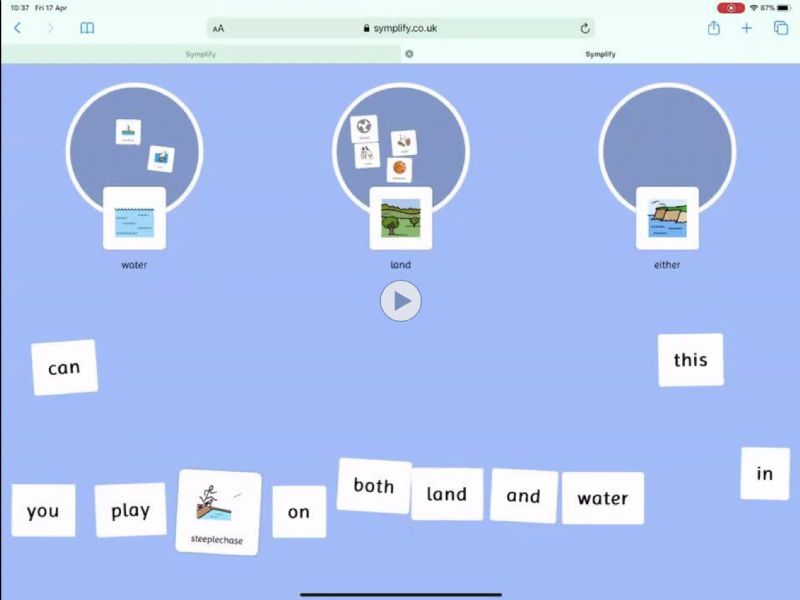 Eric, 73, is a scientist and an athlete. He had a stroke in 2018 which affected his speech and language.  He has dysphasia and dyspraxia of speech, so he finds it hard to understand complex speech without visual support; he struggles to find the right words and in particular, to articulate words. When relaxed, he can do much better than when stressed and frustrated. His partner is enormusly supportive and plays a big part in our therapy sessions. Using her understanding of Eric she bridges the gap when communication breaks down, and always uses humour to help when things become tense. We have worked together as a team, face-to face, for seven months. Together, we have been learning what works now we are forced online!

Eric's life has involved a series of high achievements in academic and sporting fields, so finding material which interests him is not hard! He needs to be pushed and stimulated just the right amount, and my approach has to be flexible so I can dial it up or down, add or remove stimuli in response to his needs. He must have both written words and pictures to enable him to process language and speech.

I am an enormous fan of Symplify, one of the most ingenius therapy tools I know. Eric's partner logs on to my account, and using Zoom, shares HIS screen with ME, so I see what he sees. I then send words and pictures from my computer to his ipad. He is able to move them around the screen. He constructs sentences, with support from me and his partner, and gets so preoccupied with this task that he gets less tense and frustrated about his speech. The end result is him articulating a sentence, which he finds immensely rewarding.